Follow the adventures of rabbit ronin Miyamoto Usagi as he wanders Edo period Japan on his warrior's journey. In the start of this three-part story, Usagi becomes embroiled in a puppet drama where the players are not quite what they seem. Written, drawn, and lettered by comics legend Stan Sakai. Colors by Tom Luth (Groo the Wanderer).

The start of an exciting new chapter in the epic ongoing saga of Usagi, now published by IDW! Exciting retail incentive variants are offered for the serialized Usagi Yojimbo series for the first time! This series will be in all color.

The first issue sold so well that it went into a second printing, which features an all new cover. 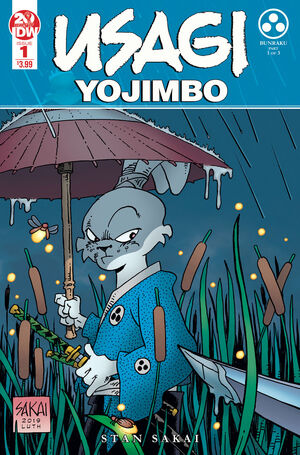 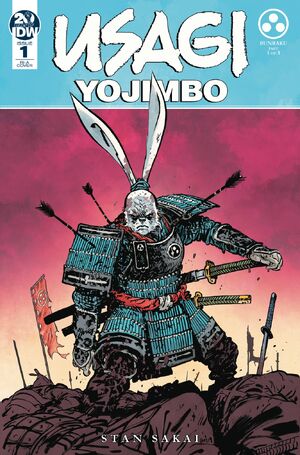 RI-B 1:25 retailer incentive (pictured next to the Ragnarok half of the complete image) 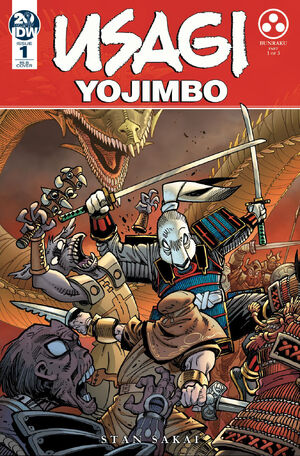 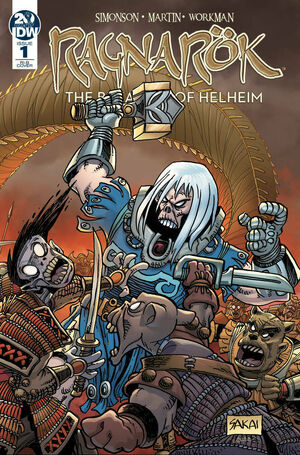 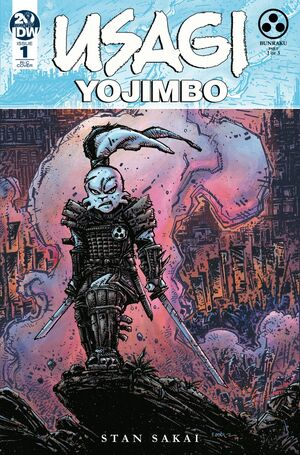 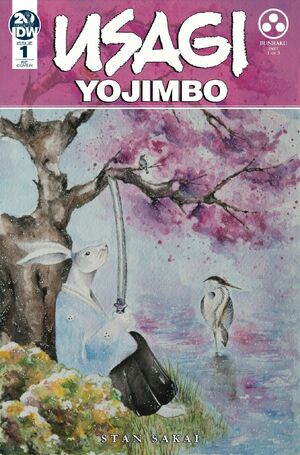 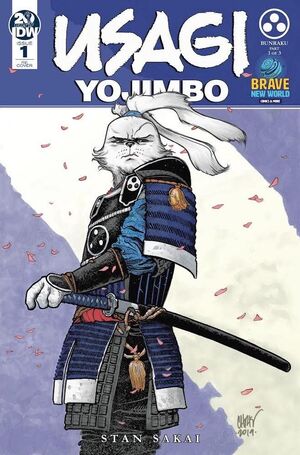 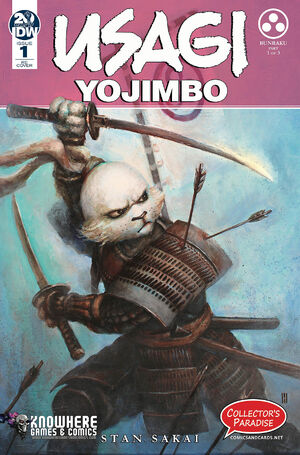 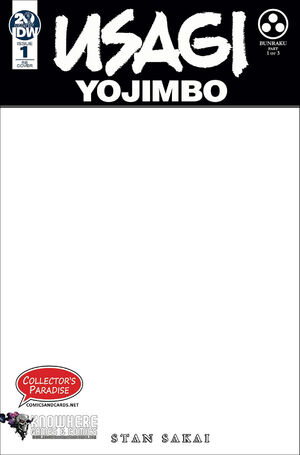 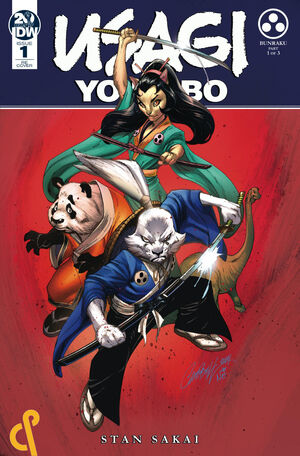 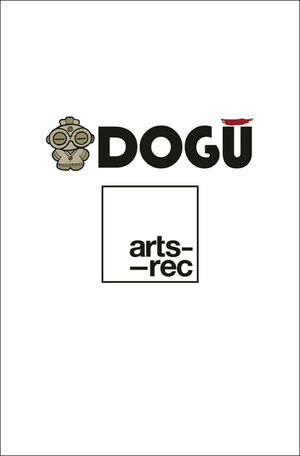 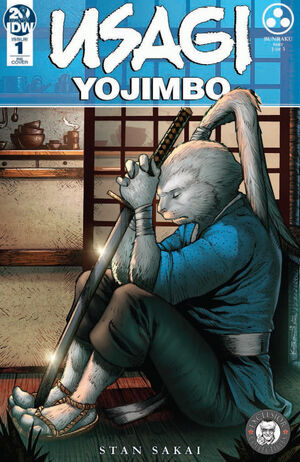 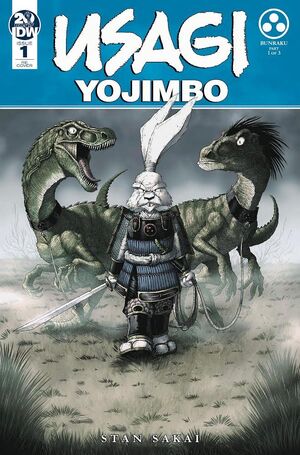 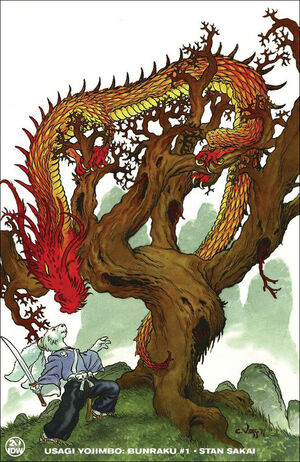 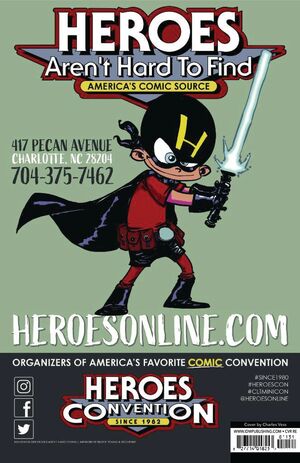 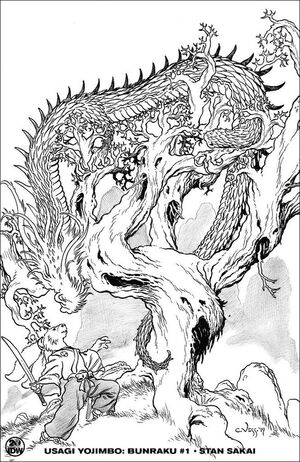 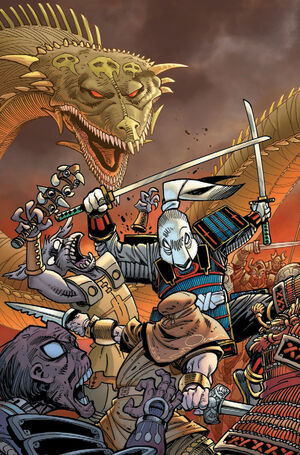 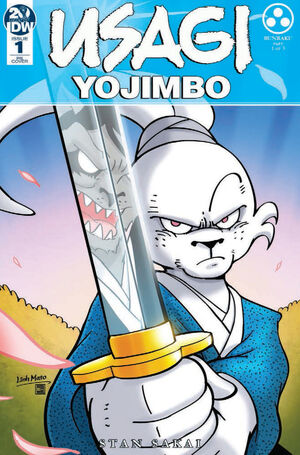 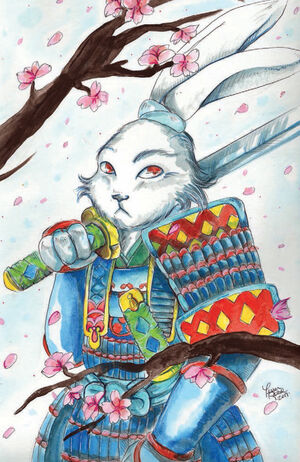 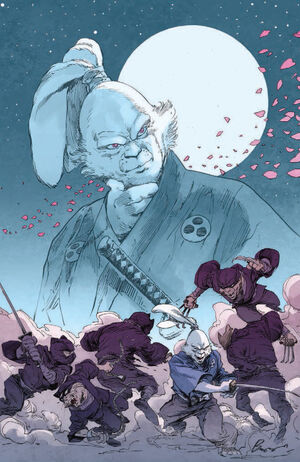 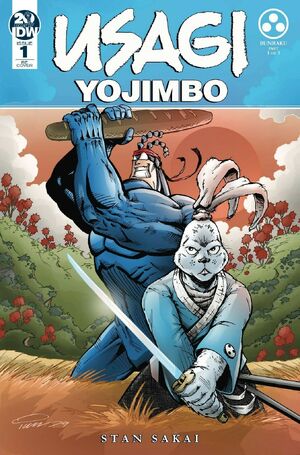 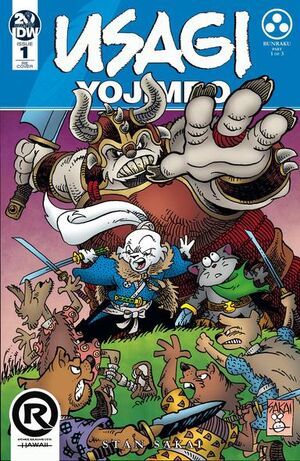 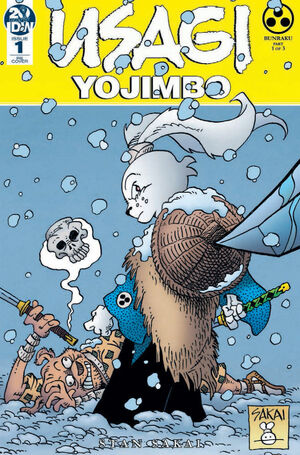 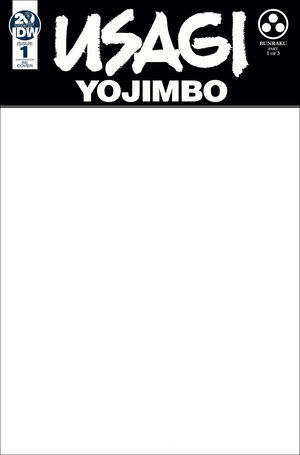 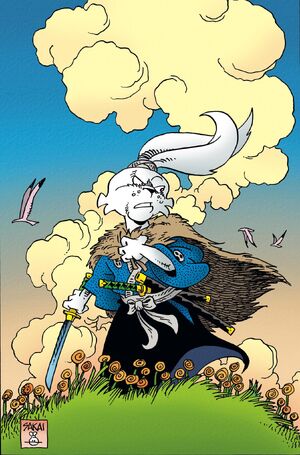 Retrieved from "https://usagiyojimbo.fandom.com/wiki/Usagi_Yojimbo_Vol._4_No._1?oldid=2037"
Community content is available under CC-BY-SA unless otherwise noted.