Usagi Yojimbo is a season 3 episode (S03E32 - though it's also been shown as episode 25 on certain lists) of the 1987-1996 animated Teenage Mutant Ninja Turtles series. It is followed up by the episode Usagi Come Home.

On a human-dominated Earth, Shredder's teleportation cannon knocks Donatello's pan-dimensional portal off track and he discovers an alternate Earth, one where animals have evolved into the dominant species. Miyamoto Usagi appears through the portal and, after a brief stint working at a restaurant, helps the turtles defeat a dragon. 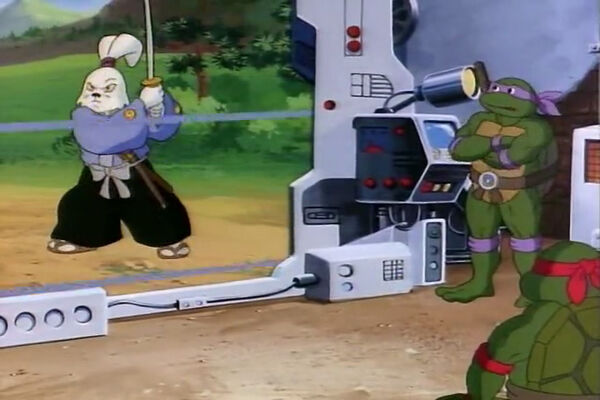 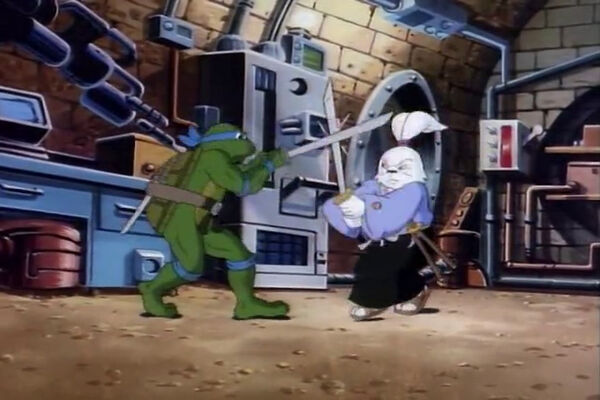 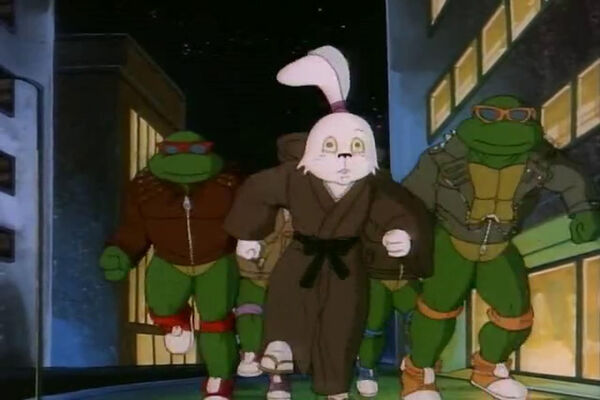 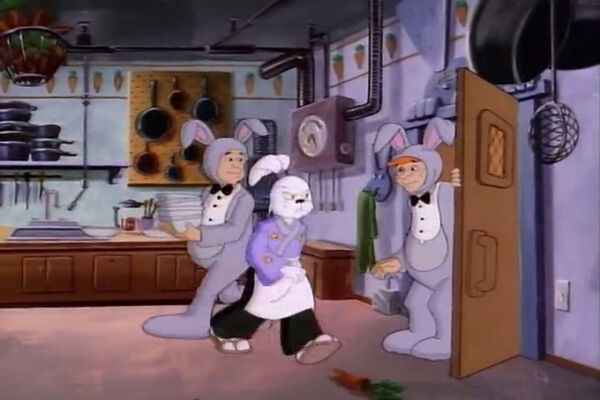