Who shot first? Han or Greedo? Depending on which version of Star Wars: A New Hope you watch either answer is correct. Now, for the first time in Star Wars Tales #14, the question goes before a court of law! Han Solo is sued for the wrongful death of Greedo by the Rodian's mother in "The Emperor's Court!" Also featured is Stan Sakai's tale of a young Anakin Skywalker in "Urchins" and a unique look at the battle of Endor in "We Were Stormtroopers." Plus much, much more! Featuring a cover by Dreamwave's Pat Lee! 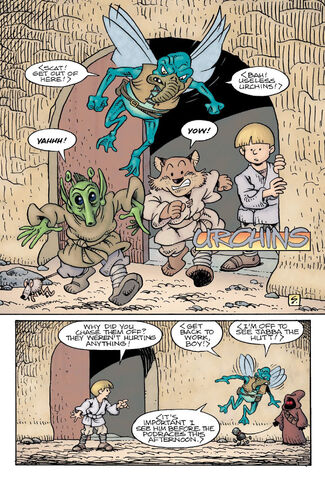