Usagi Yojimbo Wiki
Register
Don't have an account?
Sign In
Advertisement
in: Articles in need of expanding, Video Games

Amstrad CPC
Samurai Warrior: The Battles of Usagi Yojimbo is a computer game released for the Commodore 64, ZX Spectrum and Amstrad CPC platforms in 1988, by the now-defunct label Firebird. The package artwork comes from the cover of the comic book Anything Goes #6.

It was developed by Beam Software, published by Firebird, and distributed by Thunder Mountain. It is a one-player Beat 'em up game that comes on either a Cassette tape or Floppy disk (depending on the platform), and is played with a joystick.

The game was released in the United States under the title Usagi Yojimbo as part of the Thunder Mountain Action Pack, Vol. 1. It was contained on Disk 1, Side 1 along with the games Great Escape, Paradroid, and (on Side 2) Implosion. The packaging for this version used artwork from the cover of Usagi Yojimbo Volume 1, # 17 along with images from the other games included in the set.

The game is a sideways-scrolling adventure, where Miyamoto Usagi has to defeat opponents in sword fights, and also have encounters with other characters , for example priests, who usually carry a cane and utter Zen Buddhist koans, such as "if you see the Buddha on the path, kill him". Usagi is often attacked by bandits and enemy ninja. These opponents frequently disguise themselves as harmless peasants, villagers or priests.

Although progress is always left-to-right, there are branches along the way that allow some gameplay liberty. There is also a sword training level, with bales of hay instead of enemies.

The scoring system is based on karma; doing good deeds raises Usagi's karma, and doing bad deeds reduces it. If, ultimately, Usagi's karma drops to zero, he will commit seppuku. Good deeds include killing armed opponents and donating money to peasants and priests. Conversely, attacking priests or unarmed characters or even drawing his sword in front of them reduces it (besides turning them hostile).

To earn money, Usagi can gamble at inns along the path and collect coins from slain enemies. The money can be spent on food, which in turn increases his energy. 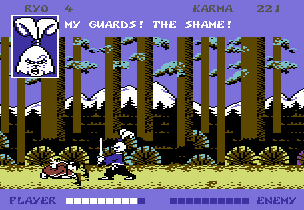 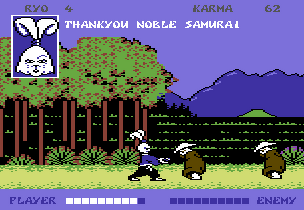 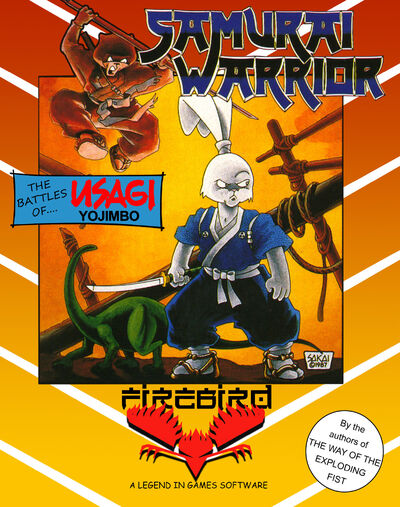 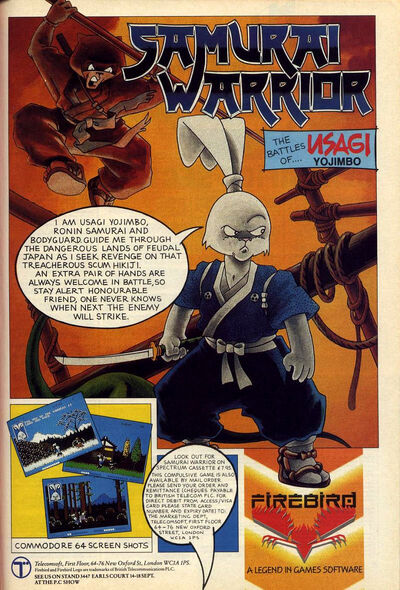