Osoroshi no Tabi is a season 5 episode of the 2012-2017 animated Teenage Mutant Ninja Turtles series. It originally aired over Nicktoons on 30 July 2017. It follows up the episode Yojimbo, and is followed-up by the episode Kagayake! Kintaro.

Miyamoto Usagi leads the turtles across a haunted forest full of dangers, where they encounter raccoon-like creatures and giant spiders. The turtles battle with Jei. 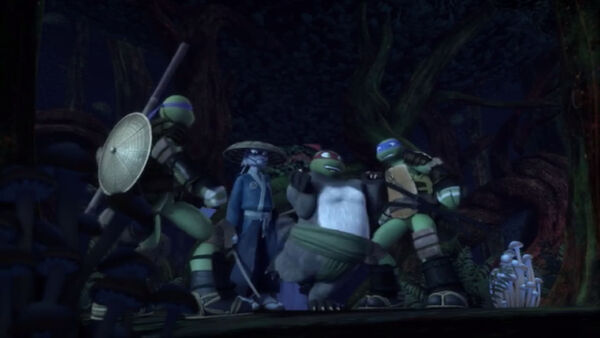 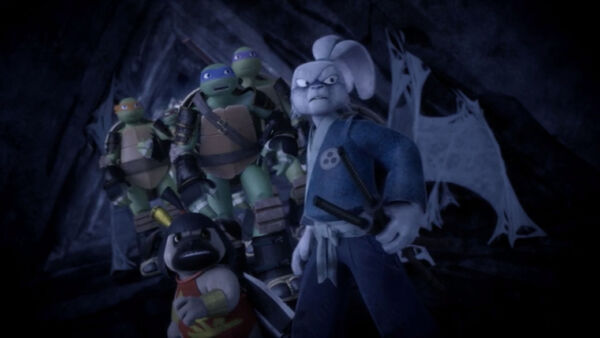 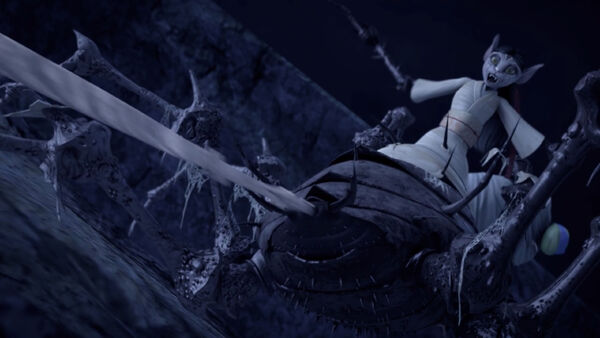 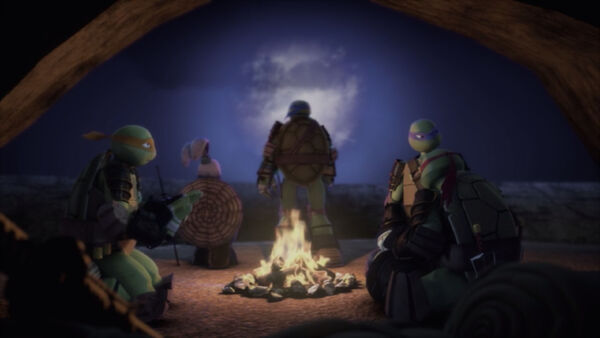 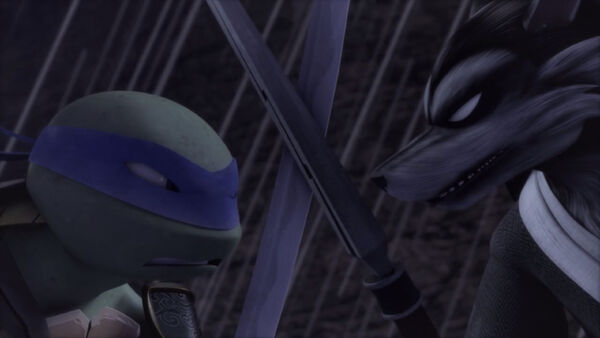 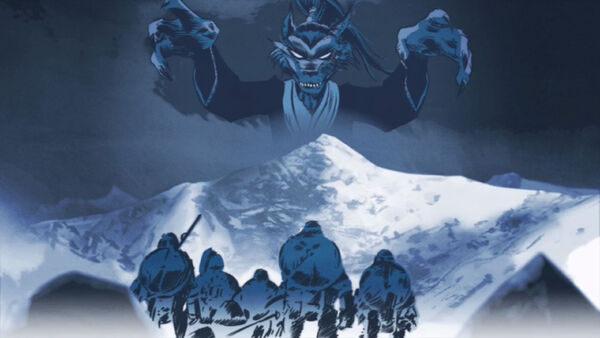